The gearbox developed by LIDIO POIAN S.r.l., has allowed Fabian Federer an SRP Racing Team to win the second round of the FIA Karting European Championship in Lonato raceway.

Once again, LIDIO POIAN S.r.l runs and wins alongside the riders who compete in the most high level competitions. 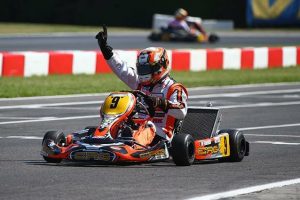